One Mr. Oguntominiyi name simply given has today escaped death after a truck loaded with bags of beans rammed into his apartment around Aralopon, Ilesa, Osun State. 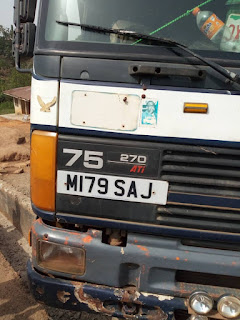 The incident which AFAM News privy to through an eyewitness, Mr. Olusakin Clement was said to have occured around 2pm, today Wednesday when the landlord was having a nap in his apartment.

According to report, the heavy-laden truck with registration number, M179 SAJ had a break failure as the driver was trying to navigate through a hilly road, and out of control, rammed into the room where Oguntominiyi was sleeping. 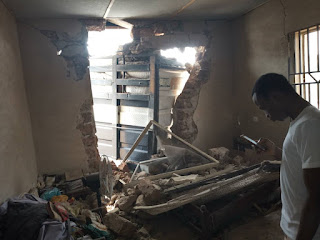 “Oguntominiyi just came back from work, so he decided to sleep to get over the day stress before the unfortunate incident happened”, Clement said.

One of the pictures  taken from the scene shows a part of the building, where Oguntominiyi was sleeping already destroyed and the mattress he was sleeping on intact. 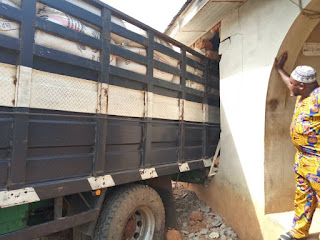 Meanwhile, residents of Aralopon have been rejoicing with Oguntominiyi over his miraculous escape from untimely death.