The next Chief of Staff to the President is likely to emerge from a field of nine notable public figures, as the seat of power tries to get over the shocking demise of the former occupant of the office, Mallam Abba Kyari.

Kyari died on Friday night and was buried at Gudu Cemetery in Abuja on Saturday.

The Nation gathered on Saturday that the search for Kyari’s replacement has to get underway as early as possible in view of the importance of the office to the smooth functioning of the Presidency.

Several power brokers are already showing interest in who gets the post.

Sources said that the emergence of the next Chief of Staff may depend largely on the advisory of the President’s nephew and confidant, Mallam Mamman Daura, who stuck out his neck for Kyari.

Five of the nine candidates are considered part of the President’s kitchen cabinet, otherwise called “The Cabal.”

Although El-Rufai is not ranked as a member of the inner circle, he is always consulted when necessity demands.

In the case of Marwa he is seen as the choice of Mrs. Aisha Buhari for the office.

Some bigwigs prefer SGF Mustapha for endearing himself to all with his sterling performance, loyalty and maturity with which he is serving the Buhari administration.

Arabi’s 12 years’ experience as State House Counsel and later Permanent Secretary is considered a plus for him in the race.

Investigations revealed that members of the kitchen cabinet would want the slot for one of them for continuity, having been privy to the modus operandi of the late Kyari.

It was gathered that if the President bows to the demand of “The Cabal”, the search may be narrowed down to five persons: Kingibe, Adamu, Ali, Darazo and Funtua.

A reliable source said: “The choice of Kyari’s successor won’t be easy, especially because he made the office the locus of power. President Buhari is known to have relied on him so much that he is regarded as the pillar of the administration.

“It is expected that whoever succeeds him in official and unofficial capacities must have most of the qualities which made Buhari to strike a bond with Abba Kyari for 40 years.”

A snapshot of some candidates is as follows: 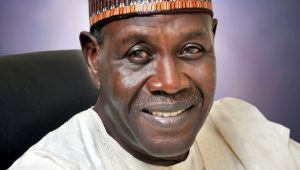 In the last five years, Kingibe, who will be 75 years old on June 25, has been one of the powers behind the throne.

A Kanuri like the late Abba Kyari, Kingibe is an astute technocrat and politician. He was, in the stillborn Third Republic, pioneer chairman of the Social Democratic Party (SDP), and later running mate of the late Chief Moshood Abiola in the truncated 1993 presidential election. He is, however, disliked in the Southern wing of the progressives where he is seen as a renegade. He bounced back into reckoning under this administration where he has been saddled with official and unofficial assignments by the President.

A source said: “If Kingibe is appointed as the next Chief of Staff, it might change the colour of the jostle for power in 2023 as he might use the office to take a shot at the presidency. This may provoke North-South rivalry because power is expected to shift to the South in 2023 after the eight-year tenure of President Buhari.

“Age factor and its related health challenges may not favour Kingibe who is well-loved by the President. He is one of the key members of ‘The Cabal’ behind Buhari.” 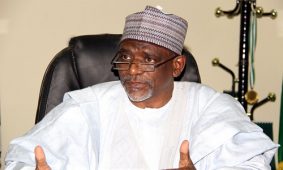 Until the miraculous renewal of the tenure of the late Kyari, the expectation of some close aides of the President was that the Minister of Education, Mallam Adamu Adamu, who is the only cabinet member who has the ears of the President at any time, would clinch the post. Adamu had acted more as a Personal Assistant to Buhari for decades based on love, shared principles and faith in the President. He was the only minister given the privilege to assess the list of ministerial nominees and to oversee the assignment of portfolios.

A source recalled the politics of the reappointment of Kyari and what happened during a trip to Saudi Arabia.

The source added: “Before constituting his present cabinet, Buhari went on a trip to Saudi Arabia and Adamu was on the entourage.

“While in Saudi Arabia, a respected influential person in the power corridors was even begging the Minister not to decline to be Chief of Staff if offered by the President.

“We do not know whether or not the Minister refused to be the Chief of Staff and Buhari decided to retain Kyari.

“With his Spartan discipline, incorruptible principles and a cosmopolitan outlook, Adamu is actually the man to beat for the job. He likes operating behind the scene than being a minister.”

Born on May 25, 1956, Adamu will be 64 years old next month leaving him with age advantage. He is a shrewd accountant, writer and reputable journalist.

It could not be immediately confirmed if it is true or not that Adamu has some health challenges. 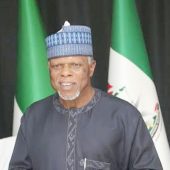 A disciplinarian, Ali was Military Administrator of Kaduna State between 1996 to 1998 with a rare anti-corruption agenda.  He has taken the same sanitization drive to the Nigeria Customs Service where he has tightened the noose on corrupt officers and men. In 1997, he sacked about 30,000 striking civil servants and detained 18 local government chairmen. He believes in the carrot and stick approach and he does not care whose ox is gored.

Born 15 January, 1955 (now 65 years), Ali, who is a confidant of the President, was penciled down as Buhari’s Chief of Staff in 2015 until he was outsmarted in palace politics for being “non-conformist and tight fisted.” He is a former Secretary of the Arewa Consultative Forum (ACF) and a tidy record keeper with disdain for ostentation.

The Senior Special Assistant to the President on Special Duties, Ya’u Shehu Darazo may appear little known but to those conversant with the power game in this administration, he cannot be dismissed. He is the Secretary of ‘The Cabal’ and the unseen hand before some appointments, especially some youthful ministers.

Although there was a Presidential Campaign Council for 2019 poll, Darazo headed a team which strategized for the re-election of the President in 2019. All the political accords and manoeuvres which earned Buhari victory in some states were managed and coordinated by Darazo.

Highly organized, Darazo has been a long time associate of President Buhari. 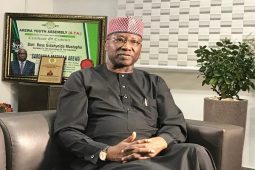 Calm, cool-headed and polished, SGF Boss Mustapha was not in the reckoning of ‘The Cabal’ until fate dealt him a favourable hand when a former SGF Babachir Lawal quit office. Within a short time in office, Mustapha, who became the SGF in 2017, has brought his background as a lawyer, businessman and politician to bear on his assignment. Between 1998 and 2006, he was in the Peoples Democratic Party (PDP) until he joined forces with progressive-minded politicians in the defunct Action Congress of Nigeria (ACN).

Two factors might work against him namely being a Christian minority from the North and as well as not belonging to core loyalists of Buhari. He lives a decent and non-aligned life. But he has performed his duties in a manner that he has become a favourite of the President, climaxing in his choice as the chairman of the Presidential Task Force on the containment of COVID-19. On merit, Mustapha would be a right peg in the right hole. 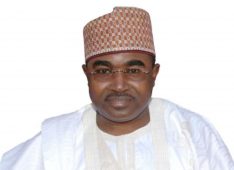 One factor in favour of Gen. Mohammed Buba Marwa is his excellent record of performance as Military Administrator (MILAD) of Borno and Lagos States. Born September 9, 1953, the 66 years old general was one of the elite officers in the Nigerian Army who obtained a Master’s Degree in Public Administration from Harvard University.

He had attempted to be the PDP presidential candidate for 2007 polls but withdrew for the late President Umaru Yar’Adua. A former Aide-de-Camp to a former Chief of Army Staff, Lt-Gen. Theophilus Danjuma, the ex-MILAD is currently chairman of the Presidential Advisory Committee for the Elimination of Drug Abuse. He is polished, intellectually deep and a pan-Nigerian – qualities needed in a Chief of Staff. But Marwa’s unstable political career could be his undoing.

A source said: “Some forces within the first family, including Mrs. Aisha Buhari, wanted the ex-Military Administrator to be made the Chief of Staff at the commencement of the second term, but counter-forces from the kitchen cabinet frustrated it.

ALSO READ THIS:  The Politics Of Ajimobi’s Death By Reuben Abati (Must Read)

“When the lobbying was stuck, they made a case for the Secretary to the Government of the Federation for the former MILAD which also failed. This is a second chance for him.

“Although the ex-MILAD will add value to the government, the only hurdle facing him is how he allegedly abandoned Buhari in the defunct Congress for Progressives Change (CPC) in 2011 for the Peoples Democratic Party (PDP) without deferring to him. Some loyalists of Buhari do not want him near the power corridors.” 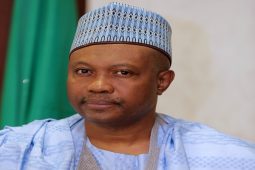 Said to be liked by the late Abba Kyari, the 1983 Law graduate of the University of Jos was appointed State House Permanent Secretary on November 11, 2015. Before then, he was the State House Counsel for many years. He ran into a storm in 2017 for allegedly being too prudent, including cutting the budget for the Office of the First Lady. But he was saved from suspension by Kyari. He is a very good administrator.

A source said: “If Buhari is tired of having aged administrators as Chief of Staff, he can try a core civil servant and Jalal is a favourite of some power holders.” 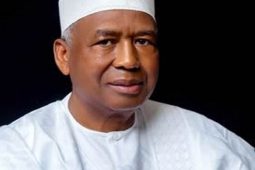 A former President of the Newspaper Proprietors Association of Nigeria (NPAN), Mallam Ismaila Isa Funtua, who is a member of the so-called cabal, is eminently qualified. He has been a public administrator, newspaper publisher and successful businessman. He was also a Minister in the Second Republic (1979-1983). Born in 1942, he fits the President’s known preference for older figures.

An Officer of the Federal Republic (OFR), he was at the National Institute for Policy and Strategic Studies where he was Monitor General of Course Nine. He will likely have the full backing of another member of the unofficial kitchen cabinet -Mamman Daura.

In an interview with Arise Television, Funtua said: “I’m not a member of any cabal, I’m cabal myself. What is cabal? In short, I think it means kitchen cabinet, people that you trust. People you believe will not deceive you, that they can do things in the interest of the country.”

However, his emergence may be stoutly resisted by the First Lady, Hajiya Aisha Buhari. Some may also raise eyebrows that Funtua is, like the President, from Katsina State and an in-law to the President because his son is married to Buhari’s daughter. 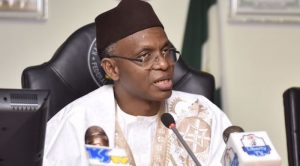 He is relatively young, charismatic, brilliant, brutally frank and courageous. He has been a political follower of President Buhari since the CPC was founded just before the 2011 election. He is the President’s confidant who is not afraid of criticism. He is believed to have lobbied for the office before the 2019 elections. Despite being governor of Kaduna State, 60-year-old El-Rufai is said to be interested.

At the moment, he too, like Kyari before his demise, is battling the dreaded Covid-19. Major baggage for him may be the distrust of the cabal and the Northern traditional and religious elite. A presidential hopeful, his penchant for controversy might be his Achilles Heel.