Whats seems to be another protest is fueled on twitter as twitter users especially from US have taken to the social media platform to embark on fresh protest after the result of George Floyd’s autopsy disclosed that there are “no physical findings that back a diagnosis of traumatic asphyxia or strangulation”, but noted that Floyd had underlying health conditions. The Hennepin County Medical Examiner declared these findings after conducting an autopsy on George Floyd on May 26.

The preliminary results of the autopsy were included in the statement of probable cause for charges against Derek Chauvin.

According to the statement said: 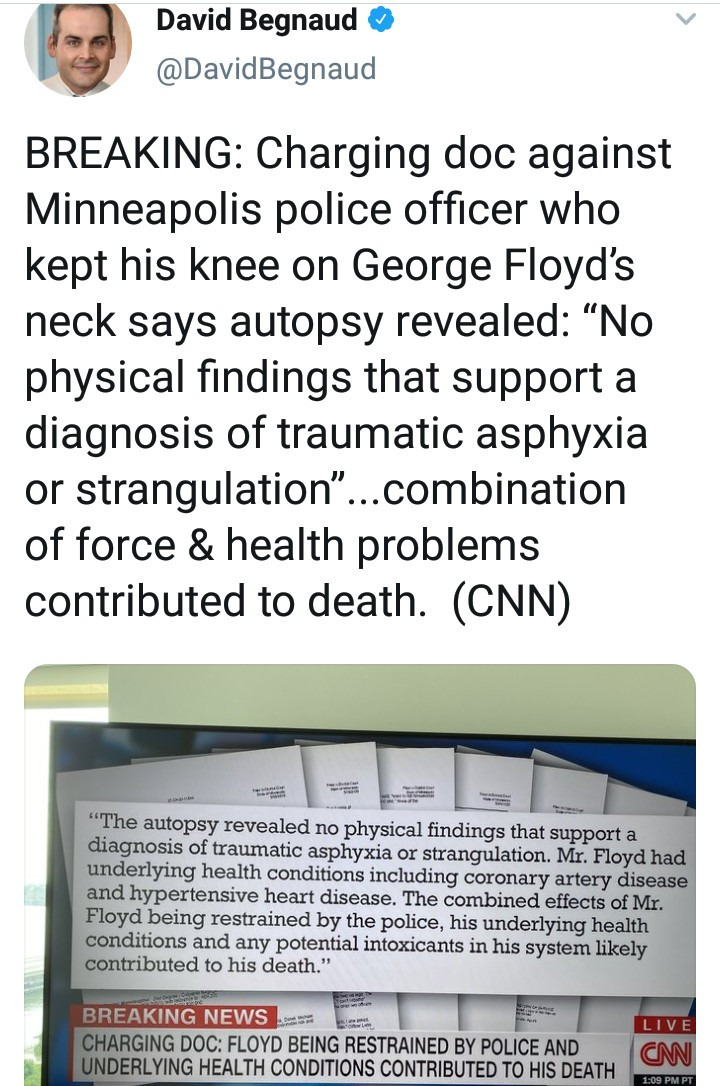 The medical examiner noted that Chauvin had his knee on Floyd’s neck for “8 minutes and 46 seconds total. Two minutes and 53 seconds of this was after Mr. Floyd was nonresponsive.”

The statement equally points that police are trained against using this type of restraint because it is “inherently dangerous.”

The result of the autopsy did not to go down well with some people and they took to Twitter pages saying that George didn’t die because of his underlying health conditions. They pointed out that he would still be alive if Derek Chauvin had not knelt on his neck.

@Taraskurtu wrote: “Preliminary autopsy: ‘No physical findings that support a diagnosis of traumatic asphyxia or strangulation’.(CNN)

ALSO READ:  If I Don’t Have Sex, I will Die Of Hunger- Sex Worker Cries Out In Brazil

“George Floyd was strangled for over 8 minutes. And he was unresponsive for almost 3 full minutes of it.”

“Oh this is a bad one. WTF, the cops KNEE was on his f-ng neck. Who cares about his pre-existing conditions!” @CheapguyNYC wrote.

@ShurrieP said: “He was still talking while being restrained. So pre-existing conditions shouldn’t be a factor during a pandemic or taken into consideration at all?”

“The cover up just started,” another wrote.

@runewarrior wrote: “Ummm. I can bet he would still be alive today if he hadn’t been pinned or had a knee to his neck. You can block someones airway without causing violent trauma.”

This result didn’t go down well with Floyd’s family as they have disclosed that they will go for an independent autopsy of his body, pointing lack of trust in Minneapolis city officials, according to an attorney for the family.

The family has therefore hired former chief medical examiner of New York City Michael Baden to conduct an independent autopsy, according to what the family’s lawyer disclosed.

“We’ve just spoken recently with the district attorney,” Ben Crump said at a press conference. “We’re going to take custody back of his body, and we’re bringing in Dr. Michael Baden to perform an independent autopsy.”

Crump added, “The family does not trust anything coming from the Minneapolis Police Department. How can they?”

Meanwhile, Chauvin has been charged with third-degree murder and manslaughter in Floyd’s death.

Ready the reactions to Floyd’s autopsy below. 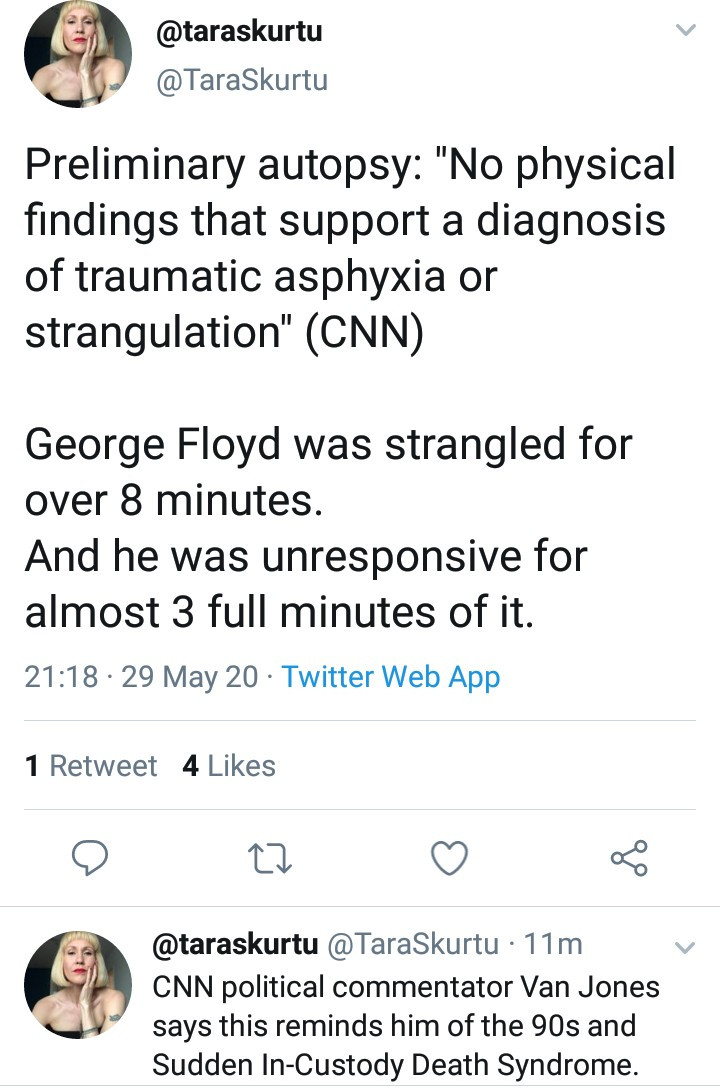 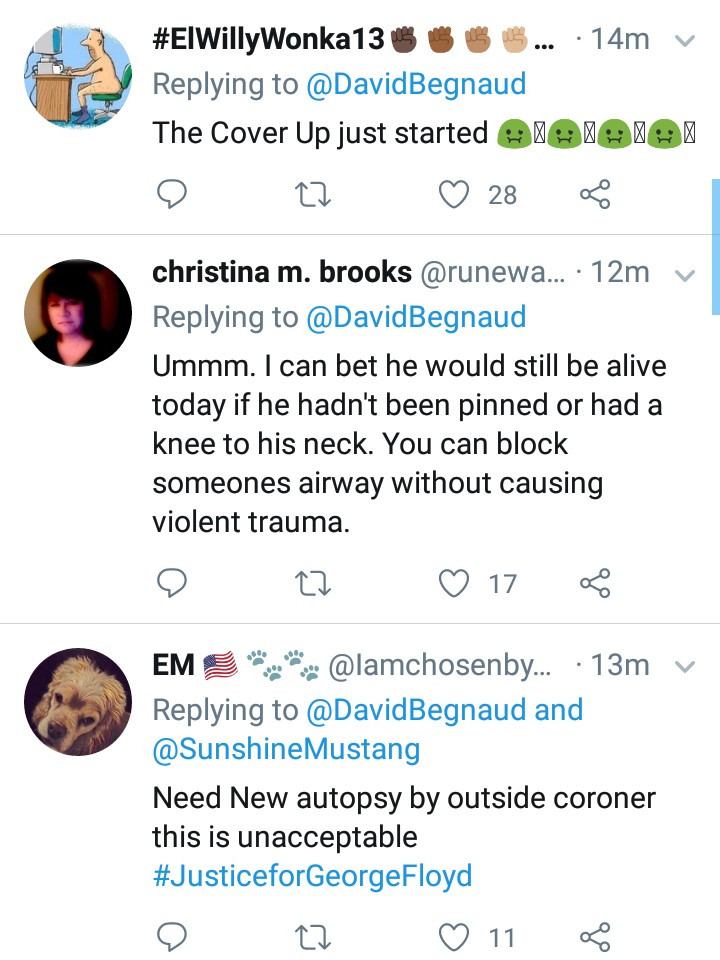 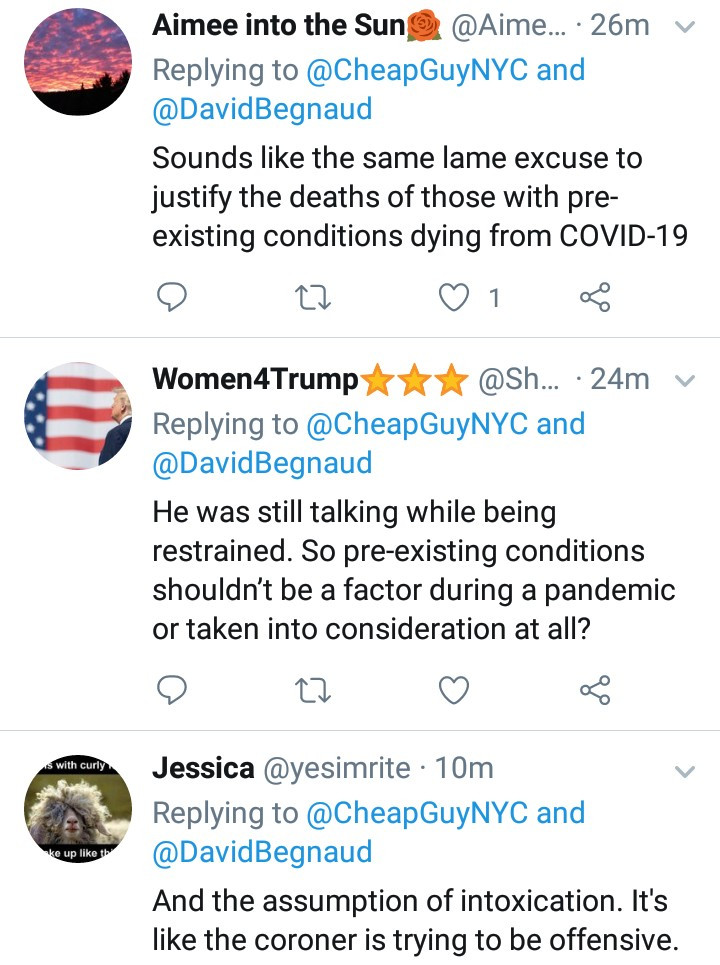 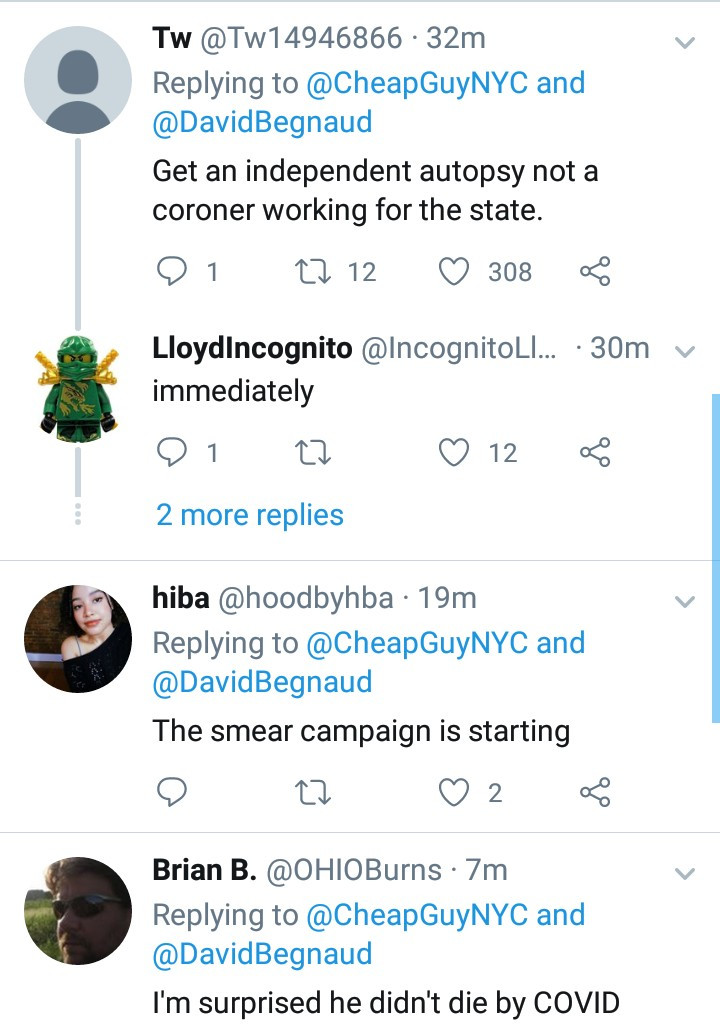 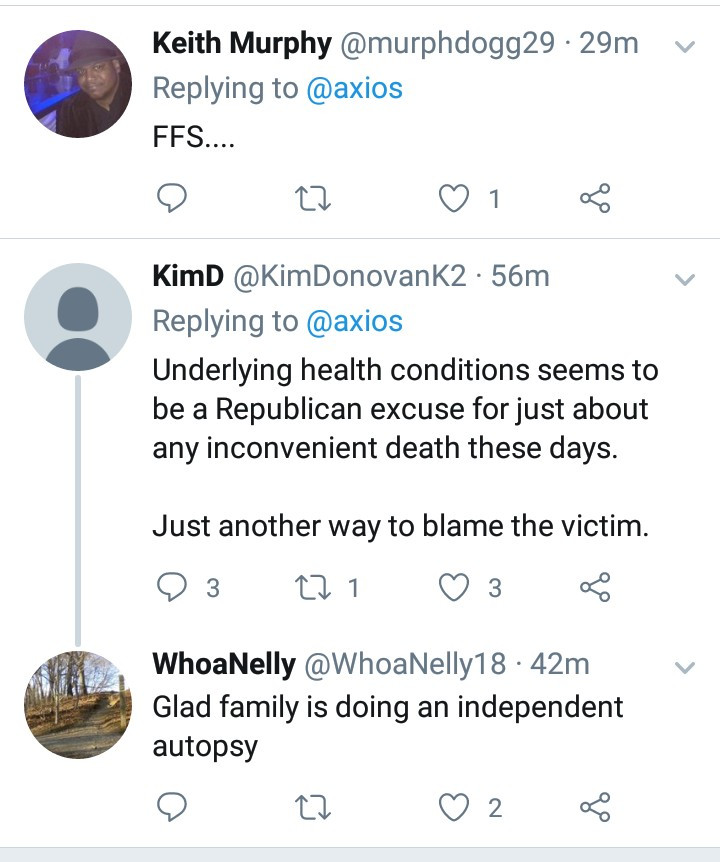