Music superstar David Adeleke aka Davido has unfollowed everyone on his Instagram page, including his wife, Chioma Rowland, brother Adewale Adeleke and the rest of his crew. 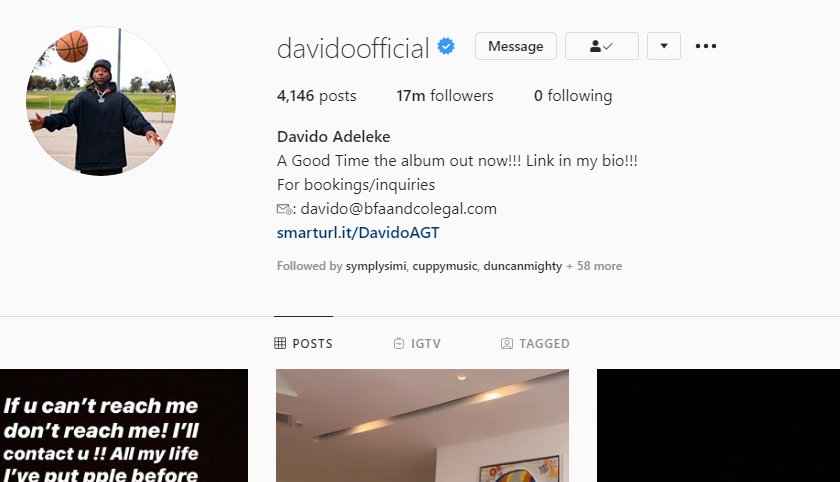 A visit to the singer’s Instagram page on Wednesday shows he is not following anyone despite having over 17million followers.

Davido started cleaning up his account on Tuesday after some of his fans noticed he had unfollowed over 4,000 people, leaving only 290. 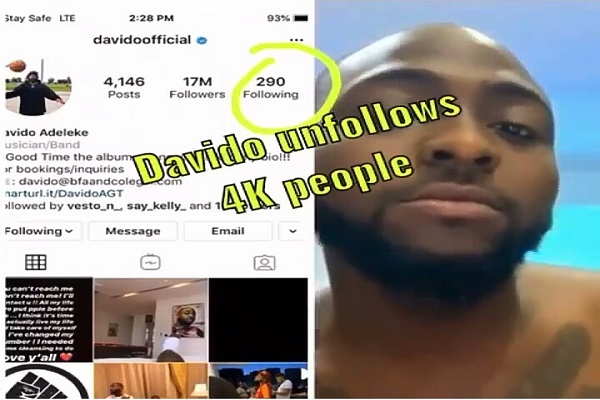 On June 3, Davido announced he will be changing his phone number and won’t be as accessible as he used to be anymore.

The singer noted it was time to take care of himself, having lived for people around him. 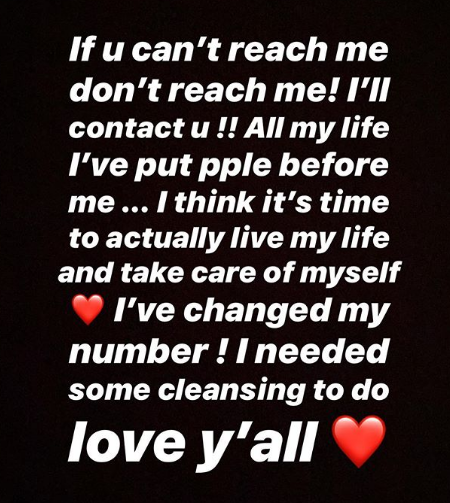 He also stressed he needed some cleansing and would be inaccessible until the proposed release of his third album, A better time.