The Oyo State former Governor, Abiola Ajimobi, has been reported to have died on Thursday at a yet to be reviewed hospital after a brief illness in the country.

The former governor’s death was confirmed by  a close source from the Oyo state Government and that Ajimobi has died about 35 minutes ago.

The news of his death has been passed across to the Oyo state House Assembly and the Speaker of the house is expected to officially announce the passing away of the former governor. 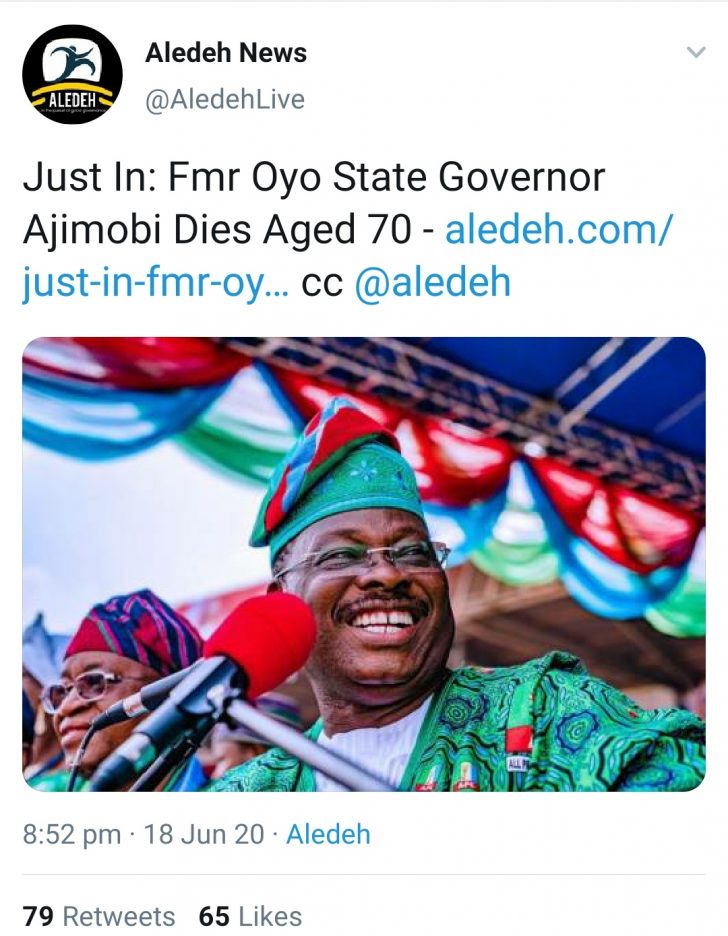