“The collective of #Anonymous is working on a database leak for the #OpNigeria. We are not 100% sure this will be released, but lets hope so. We are Anonymous!… Anonymous is justice, and justice cannot be silenced.

“The collective of #Anonymous is working on a database leak for the #OpNigeria. We are not 100% sure this will be released, but lets hope so. We are Anonymous,” it tweeted on Saturday morning. 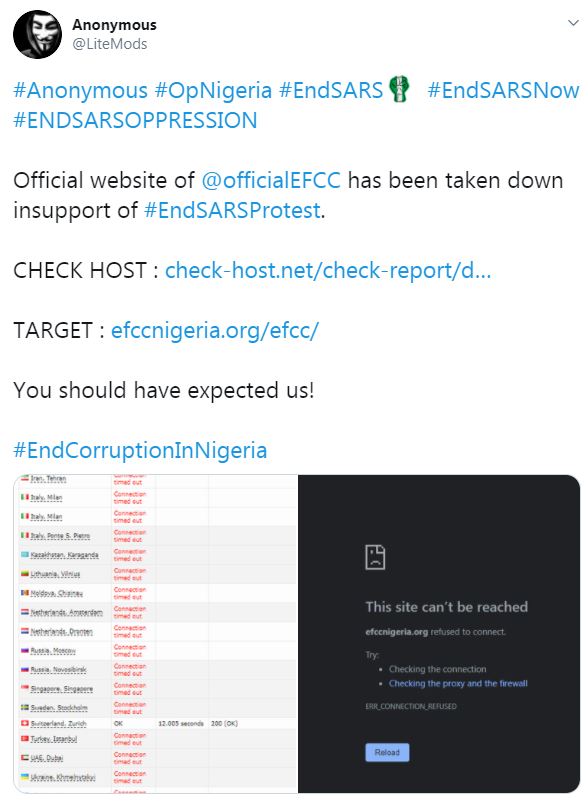 The Nation checks observed websites of the Lagos Government, Kaduna Government, INEC, EFCC and NCDC could not be accessed at the time of this report. 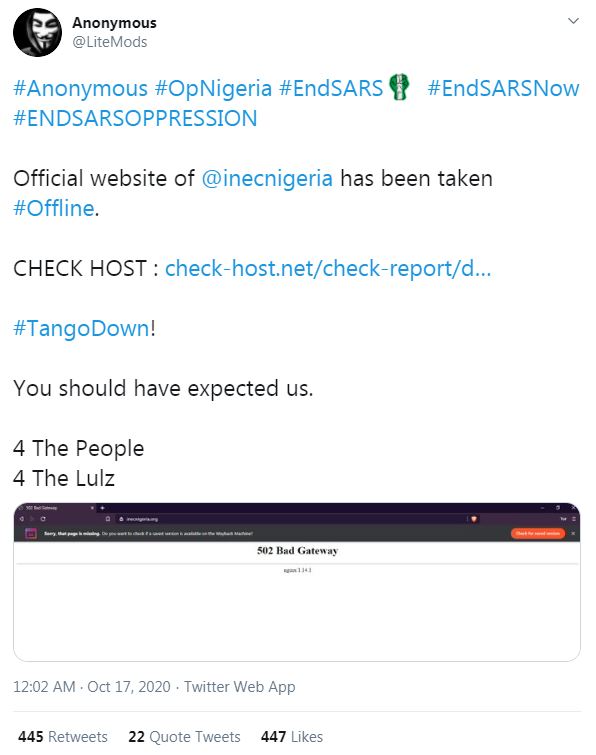 The Nation, on Friday, reported how the official website of the Nigeria Police Force, Central Bank of Nigeria and official twitter handle of the National Broadcasting Commission got infiltrated after the group hacked into various platforms.

It tweeted: “Official website of @officialEFCC has been taken down in support of #EndSARSProtest. CHECK HOST: https://check-host.net/check-report/df89d3bk838 TARGET: https://efccnigeria.org/efcc/ You should have expected us!”

“Official website of @inecnigeria has been taken #Offline. CHECK HOST: https://check-host.net/check-report/df8a978k278. #TangoDown! You should have expected us. 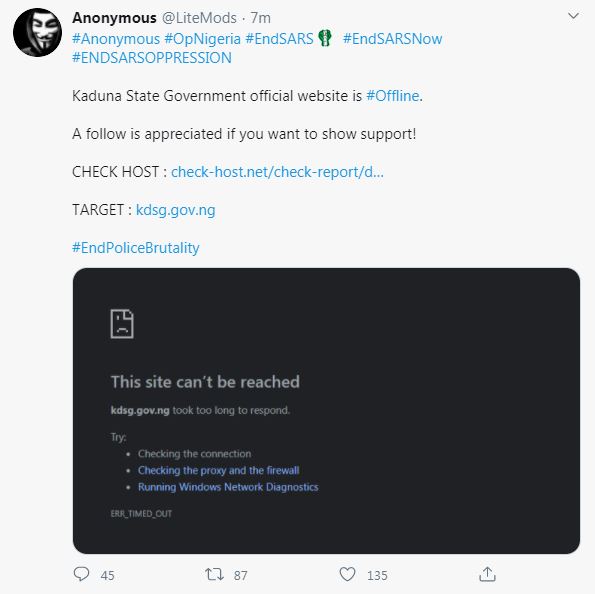 Many Nigerians have however reacted to the cyber-attack launched by Anonymous. 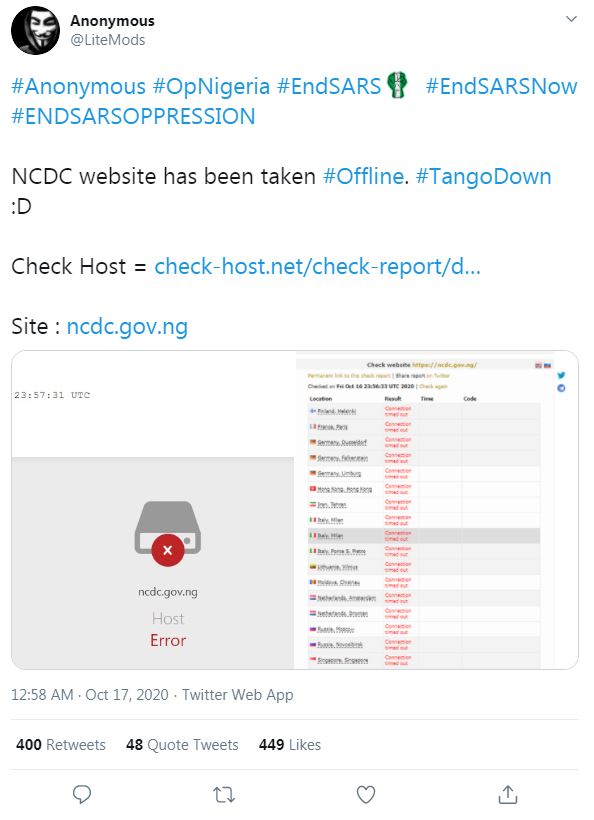 Nigerians took to social media especially twitter to express their thoughts with the development.

@Joshua_Ubeku said: “With the way Anonymous is going with this hacking thing, we might be seeing #EndSARS from Buhari’s account soon”

@Mauyon_ said, “Anonymous hack on Nigeria is so easy..”

@_Sumanguru said: “Central Bank of Nigeria (CBN) is running their website on Microsoft IIS Web server? Shame Thinking face I wonder what other faulty infrastructure/code they are running? Cheapskate bank, they deserve to be hacked by Anonymous”

@Jonath_an said: “They never expected such attack will ever befall them LoL. But it has happened.”

@GoogleEmperor said, “Don’t just hack. Show us something to be angry about.”

VIDEO: Man Who Was Killed By Female Corper Raped Her In 2017, Lady Says In Viral Video