The gory incident as confirmed by AFAM News occured when the state governor, Mr. Gboyega Oyetola was addressing the youth Protesters.

According to information gathered by AFAM News, the protesters scampered for safety immediately the suspected hoodlums arrived the scene, as the governor was also whisked away by his security details.

However, the names of the victims are still unknown as at the time of filing this report.

Meanwhile, the footage of one of the victims who was hit by a stray bullet was availed to AFAM News as well as the photograph of the second victim.

AFAM News also gathered that some of the protesters who were injured have been taken to various hospitals in the state capital. 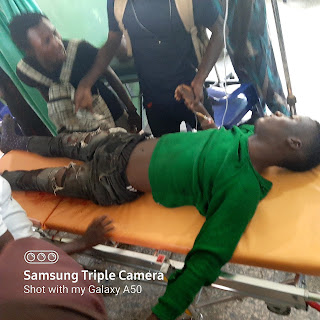 VIDEO: Man Who Was Killed By Female Corper Raped Her In 2017, Lady Says In Viral Video