A 67-year-old man, Abraham Olayinka has been rescued after jumping into Asa River on Abdulwahab Folawiyo, Unity Road, Ilorin, Kwara State at about 11:30am on Monday, October 26

Traders within the vicinity, who saw him jump into the river, reportedly drew the attention of security men around the area to the incident. 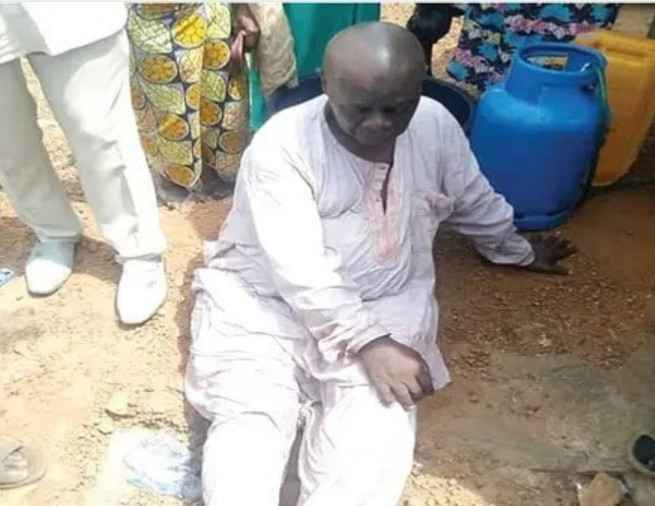 A commercial motorcyclist, Mohammad Abubakar, in response to the call for help, jumped into the river together with some fishermen and they succeeded in rescuing Olayinka.

The Head of Media and Publicity of the Kwara State Fire Service, Hassan Adekunle, who said the victim was rescued before firemen arrived at the scene, said Olayinka was unstable when he was first brought out from the water.

He, however, said the man was revived and taken to a hospital where he was stabilized.

Adekunle said the victim refused to state the reason for attempting suicide despite the pressure mounted on him by the fire service.

We gathered from some residents that Olayinka recently lamented about losing N30,000 to some thieves and that the money belonged to a friend.

The commercial motorcyclist who rescued him, Abubakar, said,

Quote
“I was riding along this area when I saw people gathering around the river bridge. I decided to stop to see what was actually going on, and I was told the old man jumped into the river and there was nobody to help him

“When I discovered that the old man was still breathing, I waited for a moment to get police permission to rescue him and I immediately jumped into the river.”

Police Arrest Woman For Trying To Sell Her Baby For ₦40,000 (Photo)