This was announced during her visit to the state governor in his office this morning November 6. 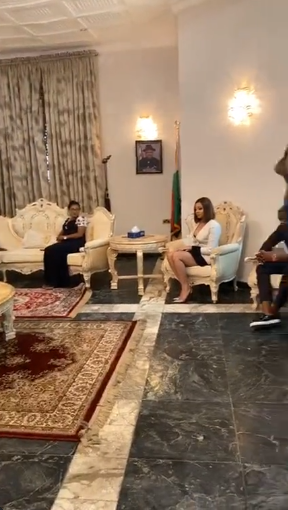 Nengi was also announced as the Face of Bayelsa state. Her fellow former housemate in the BBNaija lockdown house, Neo, who is currently in Bayelsa with her, shared the good news on his Twitter handle. He wrote;

“Omo my girl oo.. Senior Special Assistant to the Governor and Face of Bayelsa State. Congrats my sister @nengiofficial”

The Governor’s spokesperson also confirmed the appointment of a fellow housemate, Trickytee as Senior Special Assistant to the state governor.

Born Timmy Sinclair, Trikytee shared the same message on his Instagram page with a picture of himself and the governor.