Peter may have built his church upon a rock, but the ruling king in 12th century Ethiopia decided to build his churches into the rocks themselves.

During his reign 900 years ago, King Lalibela commissioned the building of a set of churches to form a ‘New Jerusalem.’

All 11 churches are still standing today in a rural Northern Ethiopian town named after the same King.

What’s so unique about these structures though is that they were carved into a solid piece of rock. The inside and outside of the churches were built into the ground on stretches of volcanic tuff rock. Workers would start at the top and carve down creating the roof and walls of the church.Then they would hollow it out to create the interior structure. 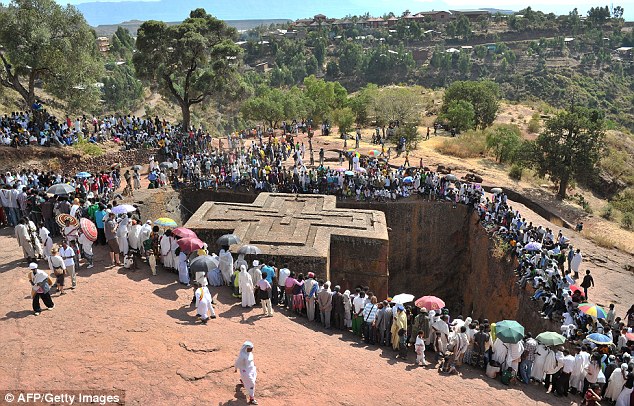 Out of stone: Bete Giyorgis, one of the 11 rock-hewn churches of Lalibela, Ehtiopia during the celebration of the Epiphany – the baptism of Jesus in the Jordan River 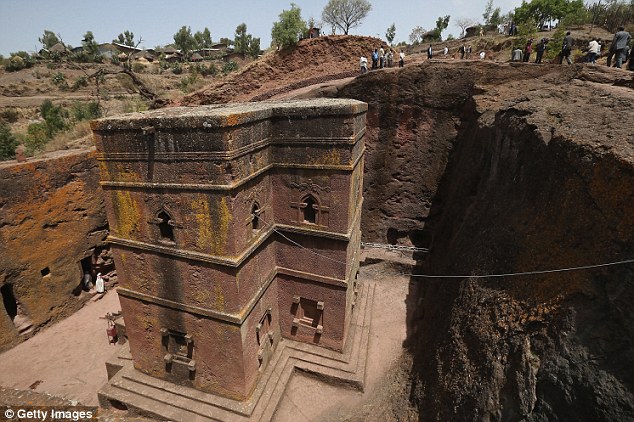 The new Holy Land: King Lalibela created the 11 churches as the ‘New Jerusalem’ – an alternate pilgrimage site to the Holy Land for Coptic Christians 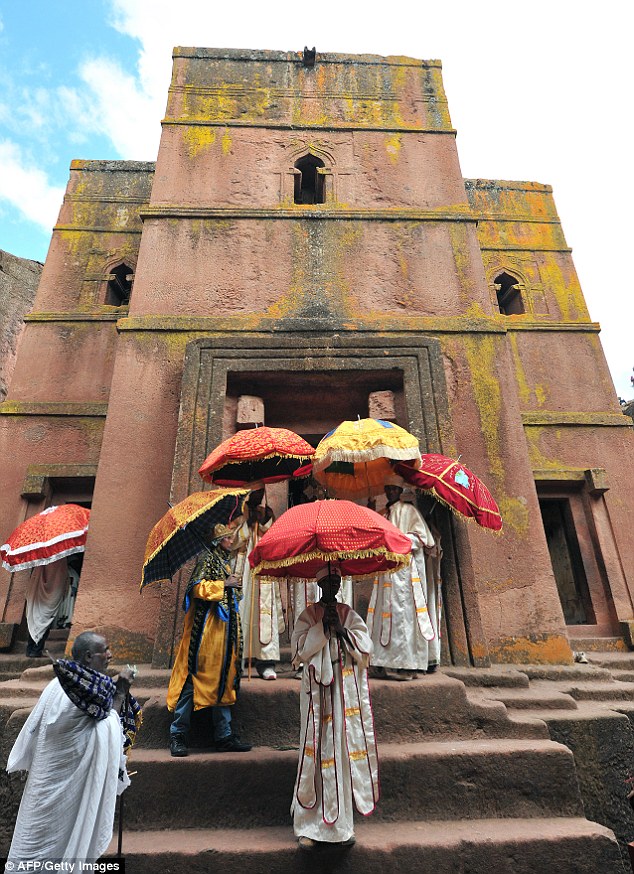 Legendary: One folk tale says that men worked all day to build the churches, and that angels would relieve them at night and get twice as much work done 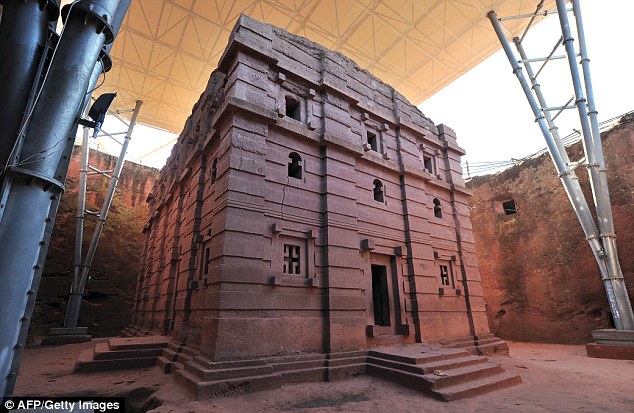 Protected: In 1978 the churches became a UNESCO World Heritage site, and five years ago protective awnings were set up to slow down corrosion

The ‘New Jerusalem’ was created after Muslim conquests made travel to the Holy Land dangerous.

An eleventh church, Biete Ghiorgis (House of St. George), stands apart from the others, but is connected to them by a series of trenches.

Several differing legends explain why King Lalibela was inspired to build the site. One theory was that God came to him with instructions on how to construct the buildings, even such minor details as color choices.

Another legend supposes that he was poisoned by his brother and went into a coma for several days, where he was handed the instructions during his brief stay in heaven.

Other stories say it was the Templar Knights of Europe who made them or that Lalibela traveled to the actual Jerusalem and wanted to recreate it back home.

A particularly interesting story is that men worked on the construction during the day, and at night angels would pick up the slack – getting twice as much work done.

In Ethiopia, where nearly two-thirds of the population is Christian, Lalibela has become almost important as the real Holy Land.

‘It is one of the very important places for the Ethiopian Orthodox Church people,’ local guide and Lalibela-native Fikru Woldegiorgis told the Nigerian Tribune. ‘There is a belief that Lalibela pilgrims share the same blessing as pilgrims to Jerusalem,’ he explains. ‘They have to come at least once in a lifetime.’ 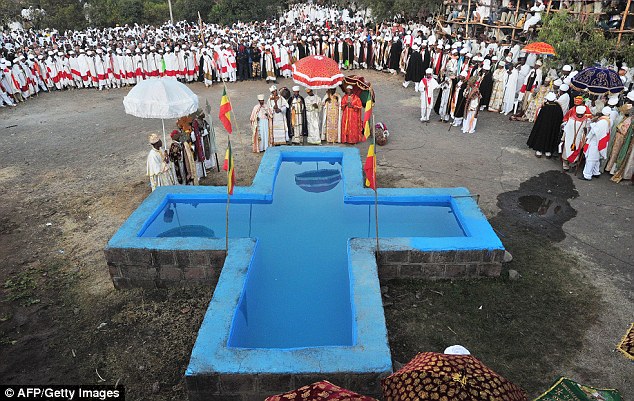 The churches attract many pilgrims, mostly of the Ethiopian Orthodox church 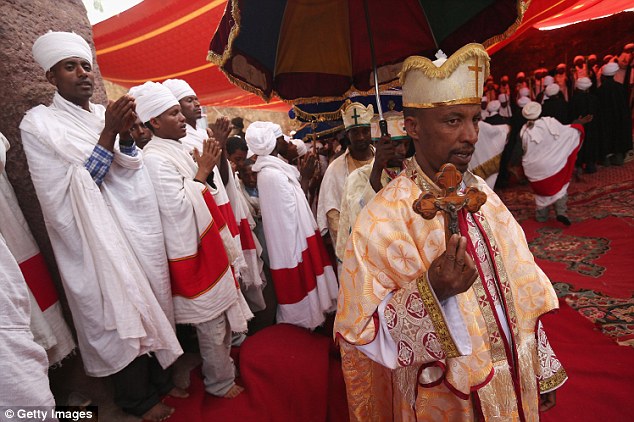 The churches continue to be used for daily services